I am delighted to extend to your Member National Association an invitation to participate in the Manchester 2019 World Taekwondo Championships, which will be held on 15-19 May 2019 in Manchester, UK.

Every year taekwondo grows stronger around the world and I have no doubt that this World Championships will showcase the very best of our sport. The World Championships are always very special as our taekwondo family comes together from around the world to share in the collective love of our sport. Not only will we enjoy displays of great skill and athleticism in Manchester but we will also witness friendship and respect from the world’s best athletes. This year’s Championships will also be particularly important as it will take place just one year before the Tokyo 2020 Olympic Games and so athletes will not just be competing for the honour of becoming world champion, but also for vital Olympic ranking points.

Many of you have been to Manchester before for World Taekwondo Grand Prix events and so will have seen first-hand the passion for the sport that exists in the city and its world-class hosting capabilities. World Taekwondo and the Organising Committee are working hard to ensure the very best facilities are in place to allow your athletes to compete at their maximum level. We are sure it will be one of our best ever World Championships.

I look forward to welcoming you in Manchester, UK.

In case more than two (2) teams are tied in score, the rank shall be decided by 1) number of gold, silver and bronze medals won by the team in order, 2) number of participating contestants and 3) higher points in heavier weight categories.

Other prizes, such as the “Good Fighting Spirit Prize”, “Active Participation Prize”, MVPs and Best Referees and Best Coaches may be awarded to selected teams and individuals. 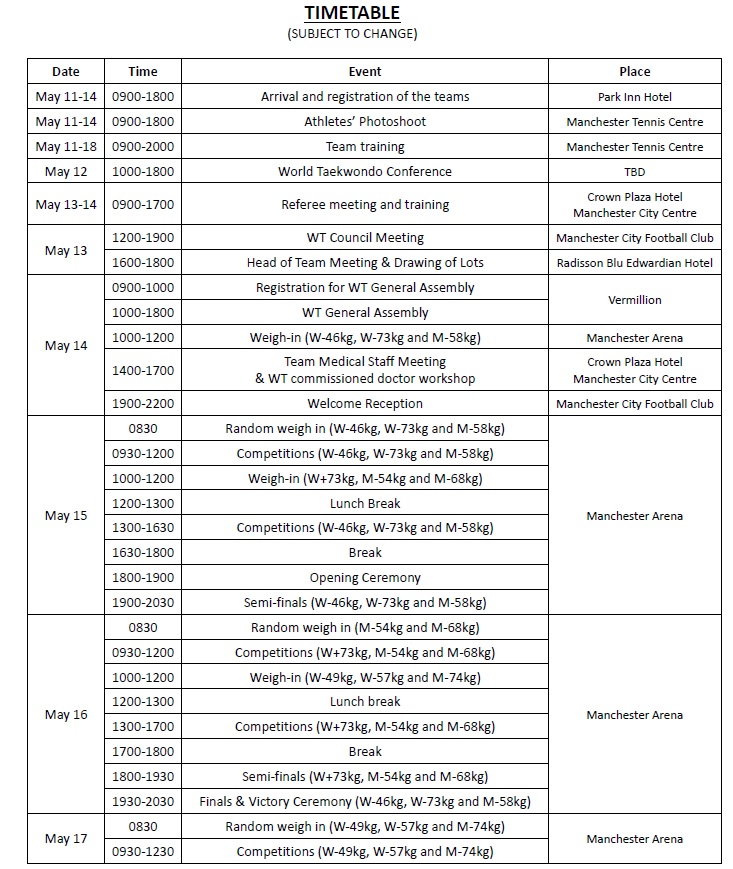 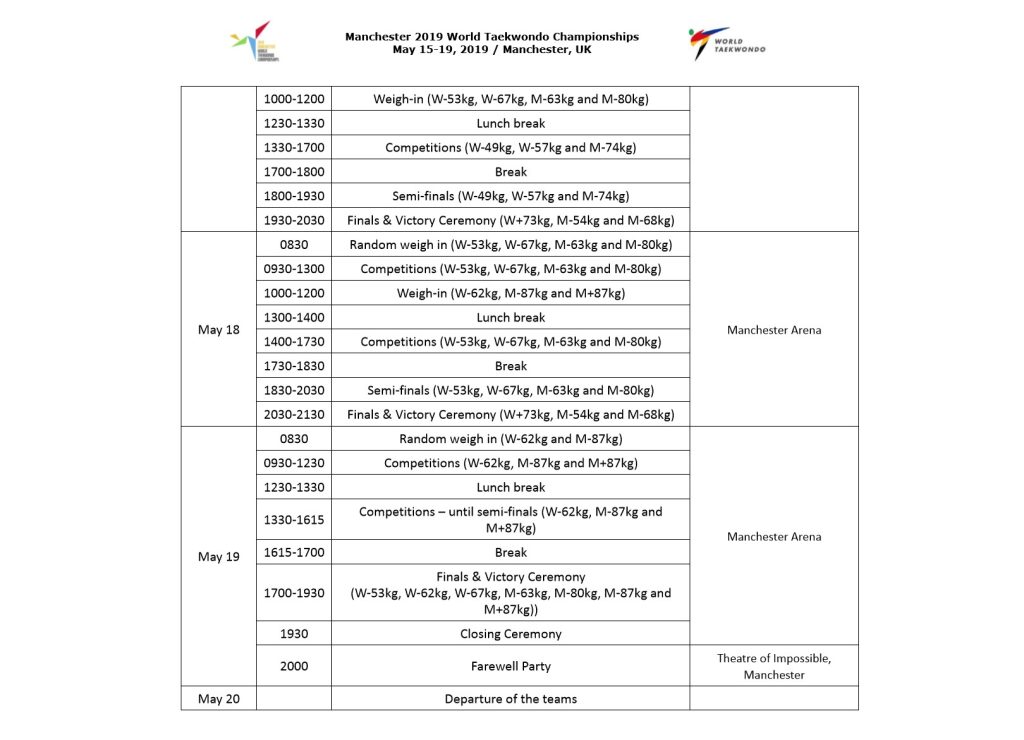