In case more than two (2) teams are tied in score, the rank shall be decided by 1) number of gold, silver and bronze medals won by the team in order, 2) number of participating contestants and 3) higher points in heavier weight categories.

Other prizes, such as the “Good Fighting Spirit Prize”, “Active Participation Prize”, MVPs and Best Referees and Best Coaches may be awarded to selected teams and individuals. 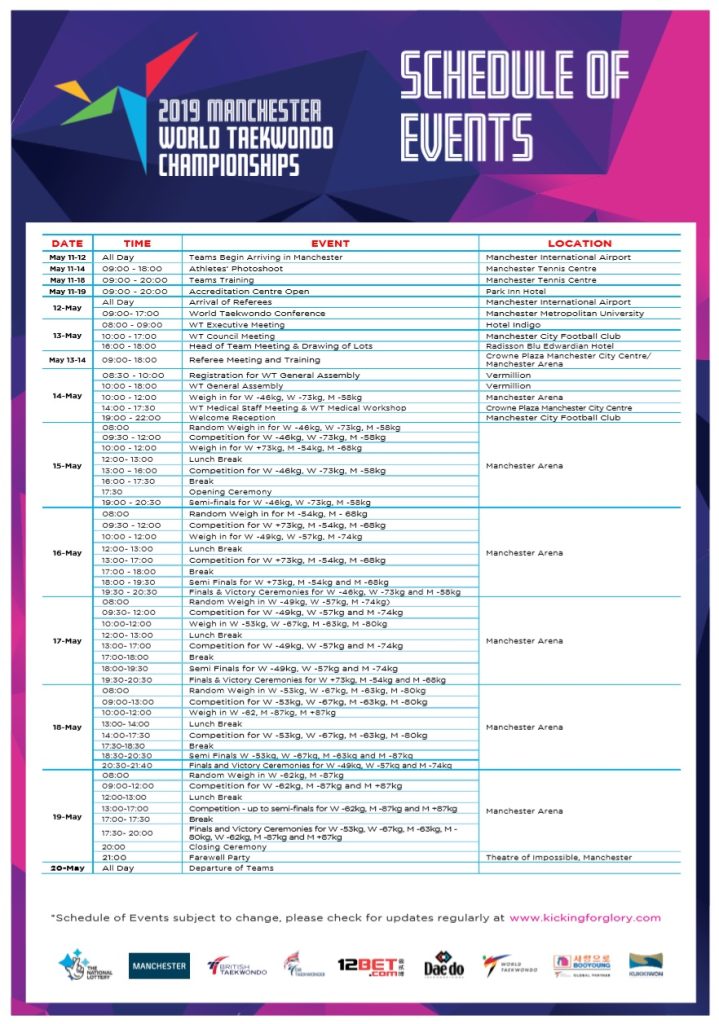